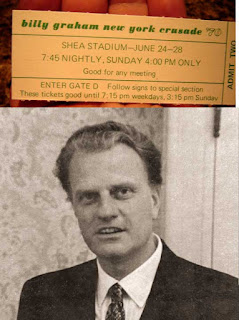 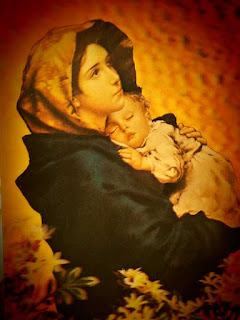 This 1800's painting by Roberto Ferruzzi titled Madonna and Child was made into a 3D xograph lenticular in the 1950's-60's (part of the Wonders of the Bible collection). Called by some the "Madonna of the Streets", it was first exhibited in Venice in the mid-nineteenth century. God Bless You -- Today and Every Day! 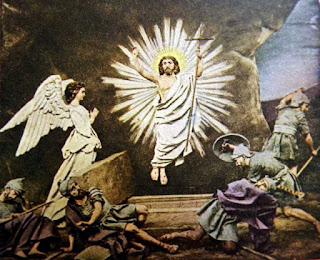 Matthew 28:2-4 -- "And, behold, there was a great earthquake: for the angel of the Lord descended from heaven, and came and rolled back the stone from the door, and sat upon it. His countenance was like lightning, and his raiment white as snow: And for fear of him the keepers did shake, and became as dead men."
--------------
Here we have a stereograph from the 1800's titled Resurrection: Christ rising from the Tomb on Third Day. Back in the 1800's, long before radio, television and the Internet, families would gather to view stereo view cards with their 3D stereoscopes. Many of these were of the life of Jesus Christ. God Bless You -- Today and Every Day.

Evangelism: Technology and Our Future in Space 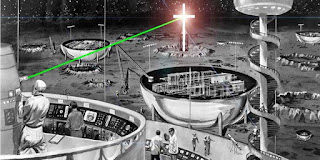 Christian laser communications center, moon base, year 2320: Taking the gospel of Jesus Christ to the stars and beyond (illustration part of the Wonders of the Bible collection).

I often speak of the future (Lord willing) of Christianity, and how science and technology will be used for evangelism.  Most likely our first experiences will be with orbital habitats, rather than habitats on the surface of another heavenly body (such as the moon or mars). Of course, we already have the International Space Station, where humans have "lived" away from Earth for many months at a time. One could envision the same with the moon and mars: orbital habitats for long-term living, with visits made to the surface being more short-term.

If and when this movement into space takes place, there still will be a responsibility for bringing souls to Christ. I have already demonstrated how this could / will be done via free-space laser communication technologies. Even over vast distances in space ... such as between localized orbital stations between Earth / Moon and Mars.

Jesus Christ will be returning as promised. Until that glorious moment arrives, we must plan for the future of Christian communications -- whether Earth based, or space based.
at February 17, 2018 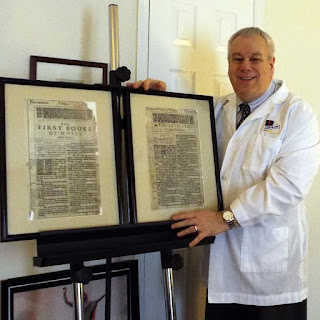 For any collector, it would be a blessing to acquire either one of these very rare title pages. To add both to the Wonders of the Bible collection is just beyond anything I could have ever imagined. God Bless You Today -- And Every Day! 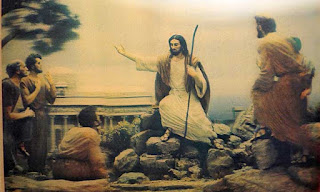 We now have a brand-new Wonders of the Bible web site. Today's post features a 1960's 3D lenticular of a sculpture diorama by Christian artist Paul Cunningham. It is titled "Take Heed That No Man Deceive You" taking from Matthew chapter 24. Part of the Wonders of the Bible collection. God Bless You ... Today and Every Day!