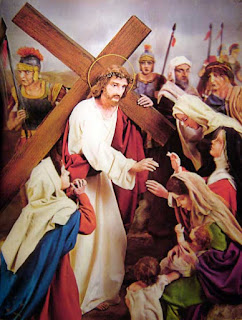 3D Lenticulars: Since these "photos" from the 1940's, 50's and 60's were 3D, entire stage sets had to be designed and constructed to be photographed with stereo cameras. Studio artists turned to the Bible in order to accurately show the scene that the Bible was describing. From there, sculptures had to be made, landscapes created, right down to the expressions on people's faces. Remember, computer imaging had not yet become part of the production process. These 3D prints were very popular with the public. Still considered pop culture in their nature, they were sold throughout the United States and many parts of the world. This particular example in today's post was produced in Japan, and sold through then famous Rexall pharmacies. It is 11 x 14-inches in size (28 x 35cm), and is part of a large collection of Christian based historical lenticulars in the Wonders of the Bible archives.