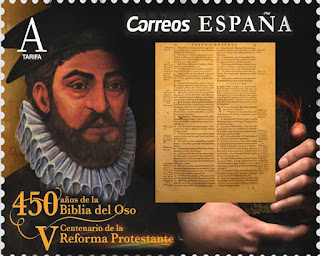 Casiodoro de Reina worked for years putting this 1569 Spanish-language Bible together. I just finished the display (shown above) of a page from the book of Matthew (chapter 10). It recently celebrated its 450th anniversary in 2019. Until that time, I had not heard of any type of Spanish language Bible that was Protestant. Turns out, Casiodoro de Reina was a friend of Martin Luther. He seemed to have moved around a lot, due to his Protestant leanings during the years of the Reformation. When I learned about his translation, and saw that a page had come onto the market, I grabbed it immediately for my Wonders of the Bible collection. As the year (2020) goes on, I will have to dedicate a web page and podcast to this most fascinating piece of Biblical history. But, for now, my time in 2020 so far has been devoted to setting up a Wonders of the Bible display / exhibit here in Allentown, PA. More information on this as it continues to unfold.
at January 24, 2020

The Aitken Bible and Congress 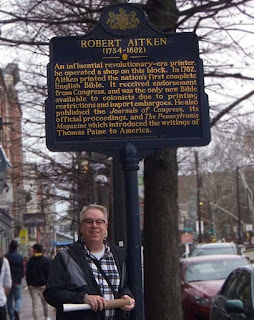 I recently went on a road trip with Debi to search for information on Philadelphia printer Robert Aitken, and the story behind his Bible. It is truly a fascinating story, and one that I will be pleased and honored to cover in an upcoming blog entry, web page, and podcast.

Pennsylvania has an extraordinary history with the Holy Bible, and one that is unequalled by any other state. I have a page from Robert Aitken's 1782 Bible in my collection.

His daughter, Jane Aitken, printed the first English translation of the Old Testament from Greek by Secretary of Congress Charles Thompson. I have a nearly-destroyed copy of her volume II from 1808. She is the first woman printer to print Bibles in America, and was very well known for the quality of her bookbinding skills, as well.

All of these -- and more -- are included in my Wonders of the Bible exhibits.

As a side note, I would pass these printing locations of the Aitkens each day, when I would ride my bicycle from Barrington, New Jersey -- passing over the Ben Franklin Bridge -- to the Philadelphia School of Printing and Advertising on Market Street. This colonial area of Philly was the stomping ground of my youth -- and --  the very same area provides so much history in the development of the Bible in America.

I will return to this page and post a link to more information, along with the podcast, once production is completed in a month or so.

The Holy Bible in Pennsylvania 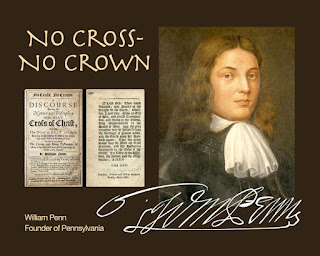 A section of my new Wonders of the Bible exhibit / museum will be dedicated to the Holy Bible in the state of Pennsylvania. Although I am in Allentown, to the best of my knowledge most of the history took place in Philadelphia ... which isn't too far away. In my younger days, I could (and did) ride a bicycle several times from Allentown to Philly. Compared to other areas of this huge state (for instance the northwest part) Philadelphia and Allentown could be considered part of the same "region".

I had thought about making the section "The Holy Bible in Early America", instead of just Pennsylvania, but the state's history is very rich with the history of printing. And where you have early printing history, you have early Bible history. The two go hand-in-hand. But Pennsylvania holds a special place in American Bible history, too. Why? Because Pennsylvania was the main contributor to the history of the Bible in America. Pennsylvania was also the place for the production of the first English Bible endorsed by Congress  in 1782. And that's a biggie...

William Penn, the founder of what would become Pennsylvania, did not write his famous book "No Cross, No Crown" here in Pennsylvania. He wrote it while being imprisioned within the Tower of London. It is a classic. And the leaf that is on display is from a very early (1682), and rare, edition.  One is more likely to find one of the later 18th or 19th century printings.

I have been designing these displays myself ... having had my early training at the Philadelphia School of Printing back in the 1970's. Once again: there is that Philadelphia connection again.

The "move in" is going smoothly. Yesterday (13 Jan) was the first day of moving displays into the empty space. Today will be the same. Keep us in your prayers that God will bring us a wonderful Bible history museum here in the Lehigh Valley.

A New Home for Wonders of the Bible 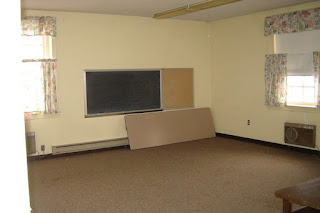 Since I've always been interested in 3-dimensional space, it should come as no surprise to find a totally empty room fascinating ... and full of potential.

Such is the case with the above photo showing what will be part of the new "home" to the Wonders of the Bible collection and exhibits. We are all taking things one step at a time, but, at the same time, we are hoping to be able to accommodate visiting home school groups, church and youth groups, etc.

Even with an empty room it has been a lot of work documenting the collection for insurance purposes, identifying and preparing pieces of the collection that have been in storage, and many other similar to-do items ... on a seemingly never-ending check list.

We would like this to be an educational experience,  centered around communication technologies: past, present and future. Everything from clay cuneiform tablets, to papyri, to scrolls, to ancient hand-written manuscripts, to the introduction of the printing press, to electronics, and looking ahead to future laser and holographic media (photonics). All centered around the communication (and preservation) of God's Holy Word.

It is a bit premature to give the location information at this time, but I will continue to give updates until the time comes for a more "official" announcement.