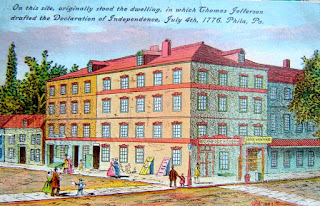 This area of the city is my old stomping ground, including Independence Hall, the Liberty Bell, Ben Franklin's print shop, Congress Hall, Carpenter's Hall, Betsy Ross House, and so much more.

Many people do not know that Thomas Jefferson wrote the first draft in Philadelphia. 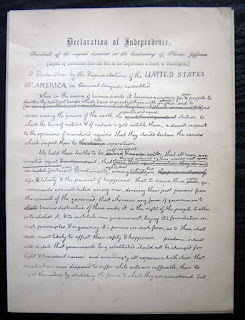 (above photo) This engraving, created in 1867 by Alonzo Chappel, was done directly from Jefferson's original in the collection of the National Archives. Wonders of the Bible collection.


I went to Philadelphia School of Printing and Advertising at 9th and Market Sts. And I eventually taught the laser and holography workshop programs at the Franklin Institute Science Museum.

Philadelphia will come alive in 2026 as they -- and the rest of the nation -- celebrates the 250th birthday of the United States of America: the Semiquincentennial.

Wonders of the Bible hopes to be there!